In a recent small business article, the statistics showed that 80% of business owners felt that there were significant operational efficiencies and economic gains to be had by implementing improved IT systems and software.

Pushing hard against this is the significant cost for those systems (including customisation and implementation) and its potential drain on the much needed and protected working capital within these businesses, despite the fact that they acknowledge the immense medium to long term gains available.

For the majority of small businesses, cash is king and the capital needed to buy the upgraded systems meant they were constantly put on the “back burner.”

Most business owners are unaware that there are very workable software finance solutions in the market, which not only pay for the software but also the professional services needed to customise, implement and train the staff on the new systems.

There are a number of financing alternatives available in the market with automatic approvals for the majority of businesses up to amounts as high as $800,000.

Software finance is typically over terms of 2 to 5 years and at interest rates around 8%.

Although these rates are higher than traditional equipment such as machinery or vehicles financed at interest rates of around 5%, the following numbers will put this into context as the rapid amortisation of the debt is less affected by the interest rate.

Software financing $100,000 over a four year term has the following repayments:

By intelligently using such tools as software finance, businesses can start to rethink their strategies.

In a world where change is not only constant but accelerating, companies who do not regularly upgrade their operating systems, CRM and financial systems run the risk of falling further and further behind their competitors and where they can clearly see (using a hypothetical based on the example above) that a $2,500 monthly expense generates $7,500 in additional monthly bottom line through operational efficiencies and or greater sales, it is a no-brainer!

Understanding what is available and as a result re-calibrating the thought process that significant system improvements do not need to be an unattractive capital expense, when it can so easily be an acceptable ongoing monthly expense relative to the gains provided, software finance represents a significant step and change for organisations and a launching platform to greater growth and profitability.

– Mark O’Donoghue is the CEO & Founder of Finlease. 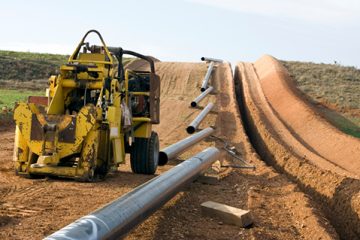